The Roboduino Smart Robot Car Kit is an educational and funny kit based on the Yahboom robot drive expansion board (compatible with Arduino ). It contains colorful ultrasonic module that integrates RGB light and detection, 3-channle tracking module, IR controller, WIFI camera module, 2DOF platform and other components, which make car to achieve intelligent tracking and automatic avoid, cool lights, buzzer singing, IR control, etc. We specially designed the iOS / Android APP for the Roboduino car, and used it with a WIFI camera module and a 2DOF platform. It can transfer the captured video to the APP interface for display, and take photos and videos. It supports simple Helloblock graphical programming and more complex Arduino IDE code programming, which suitable for users of many different ages. Besides that, we will also provide a series of tutorials, from simple IO port control to external experiments of various types of sensor modules, to integrated APP remote control with multiple functions, allowing create your own robot car. Not only stimulate children's creativity, but also lay the foundation for further study in the future.

An educational and fun kit based on Yahboom robot drive expansion board designed for both beginners and professionals to learn electronics, programming and robotics, easy to assemble.

2 in 1 ultrasonic module that integrates RGB light and detection, included the STM8S003F3U6 chip, LMV324 operational amplifier, WS2811, which make it not only possess high-accuracy ranging, but also can emit lights of different colors.

With WIFI camera, support Android / iOS APP remote control, the camera can be rotated 0 ° ~ 180 ° in the horizontal and vertical directions, which can realize multi-directional taking photos and videos. 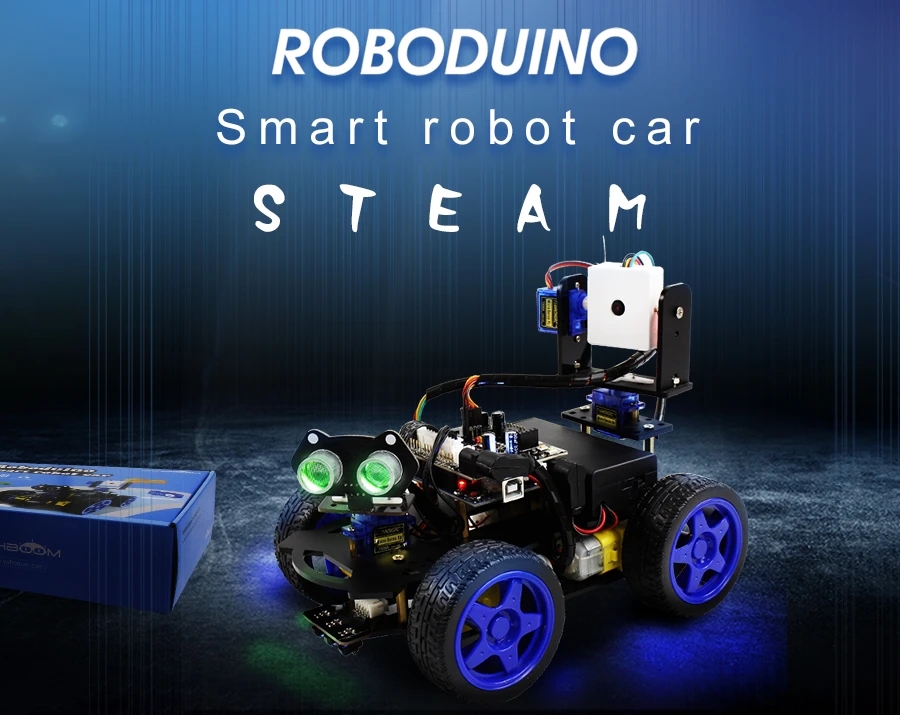 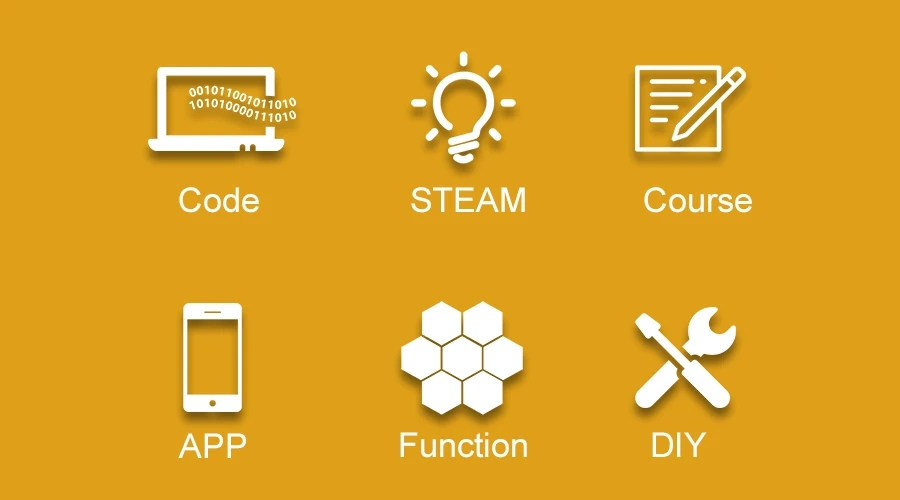 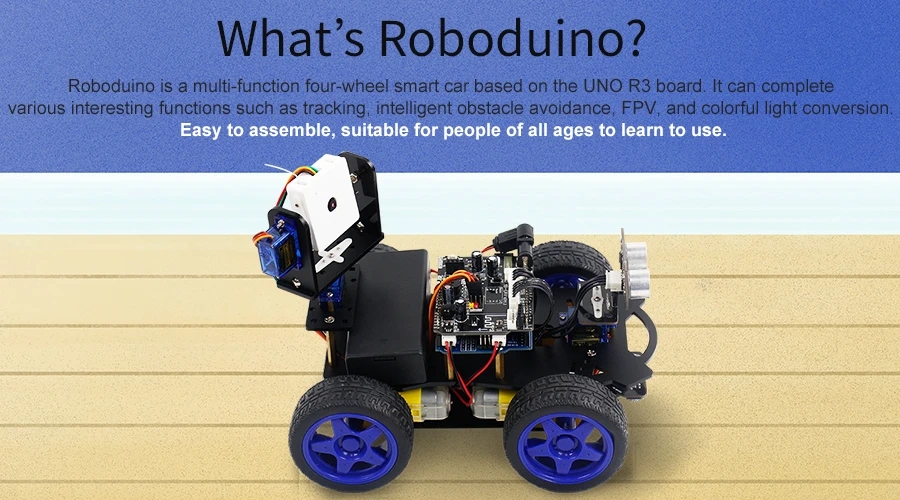 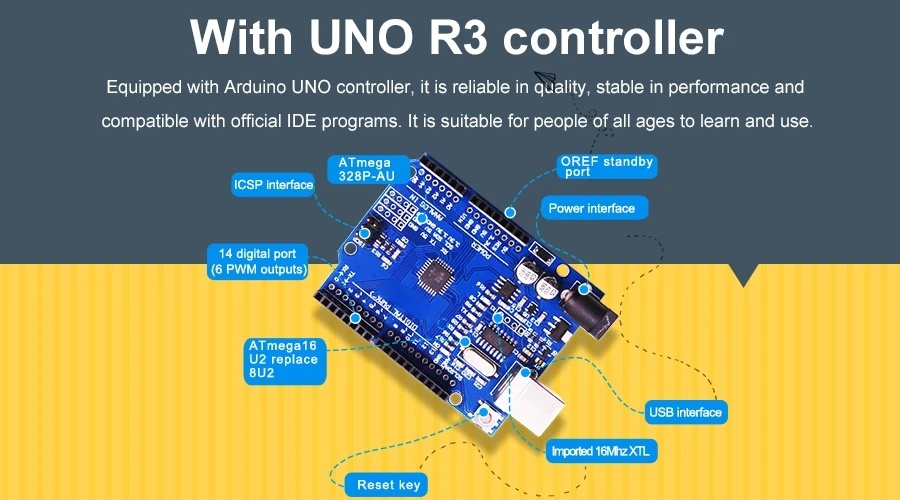 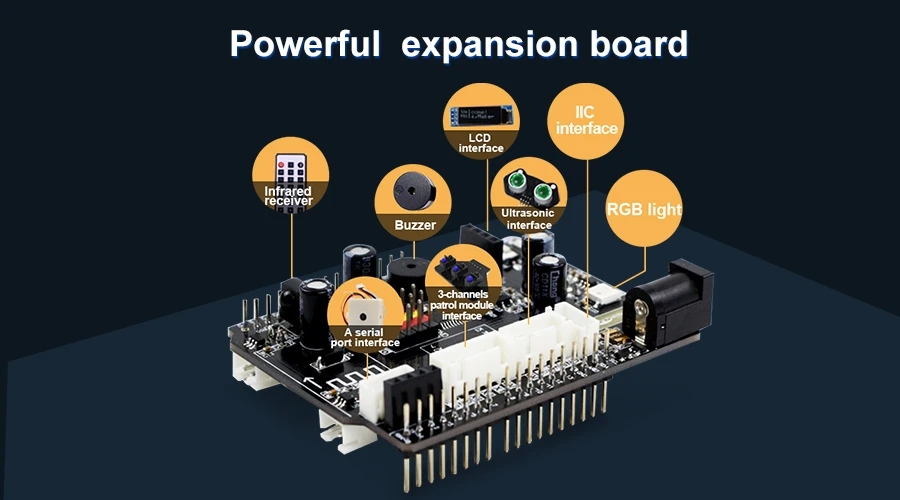 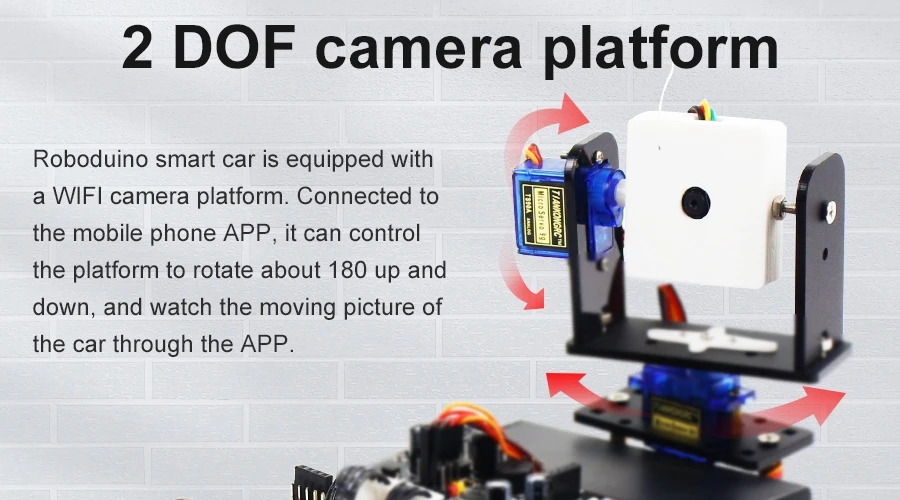 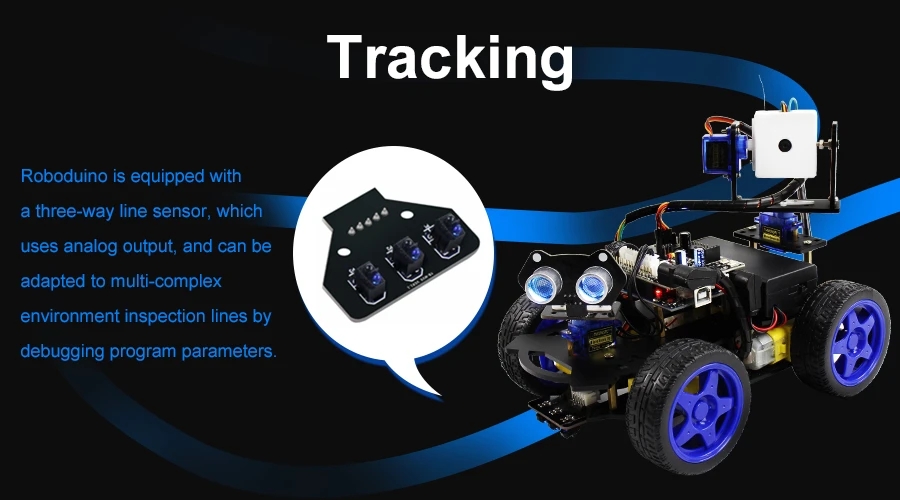 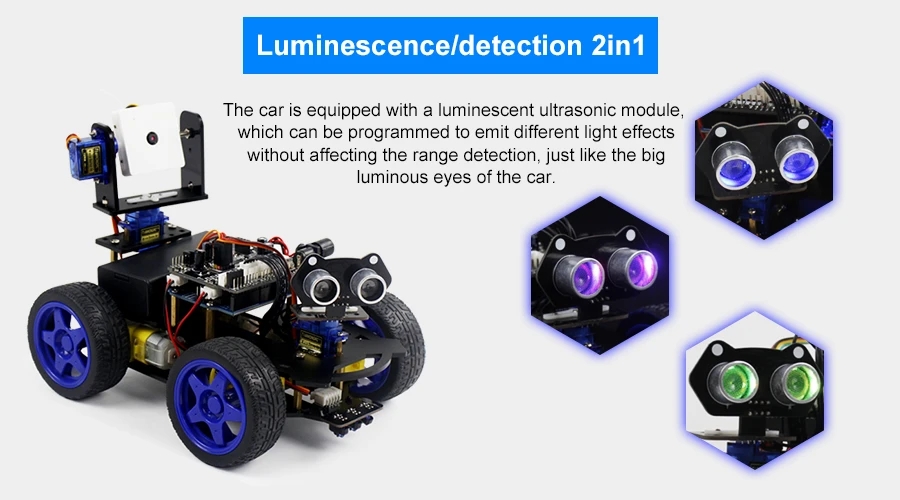 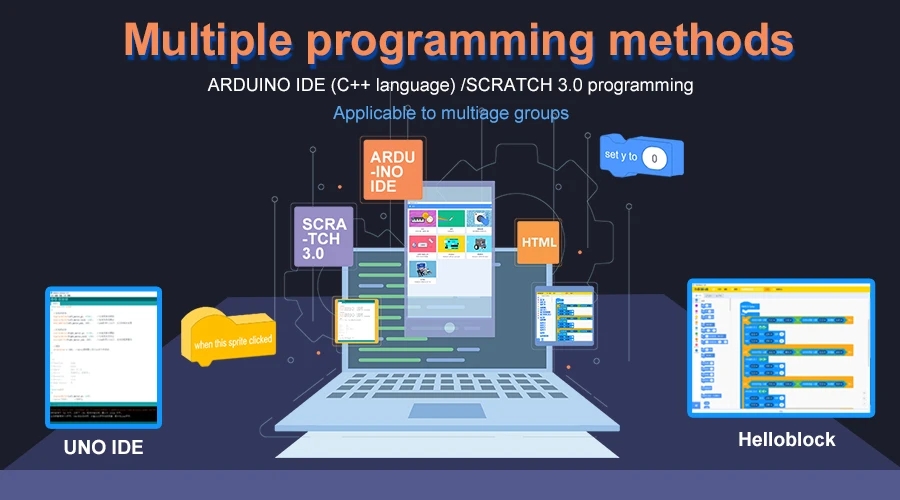 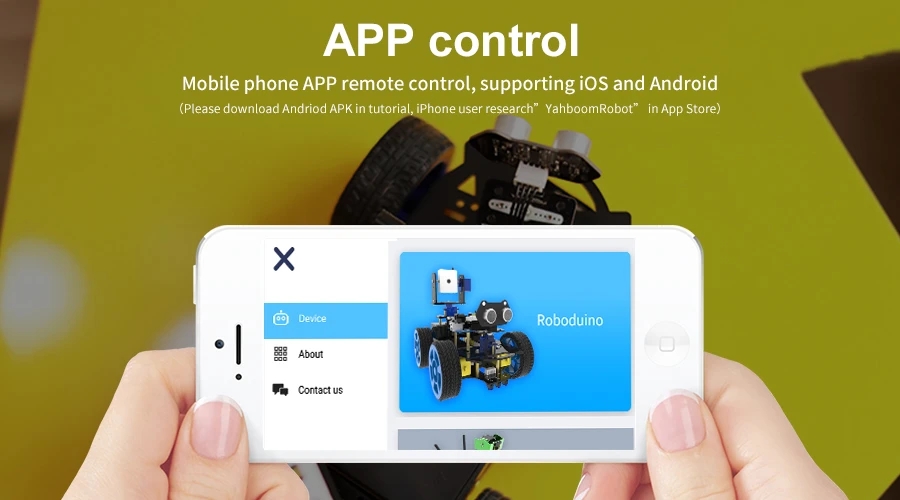 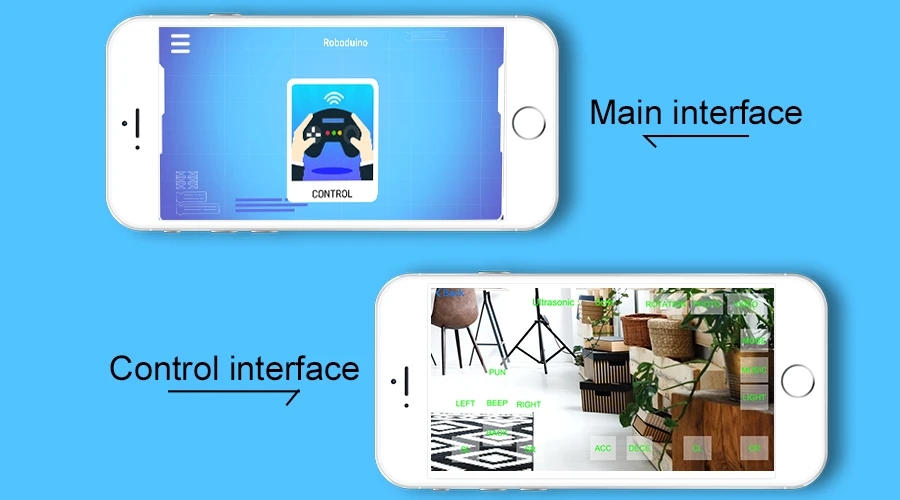 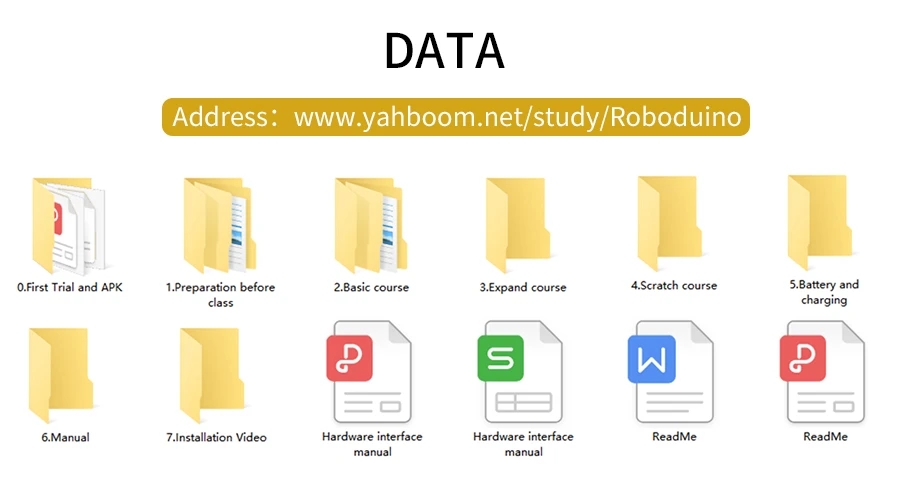 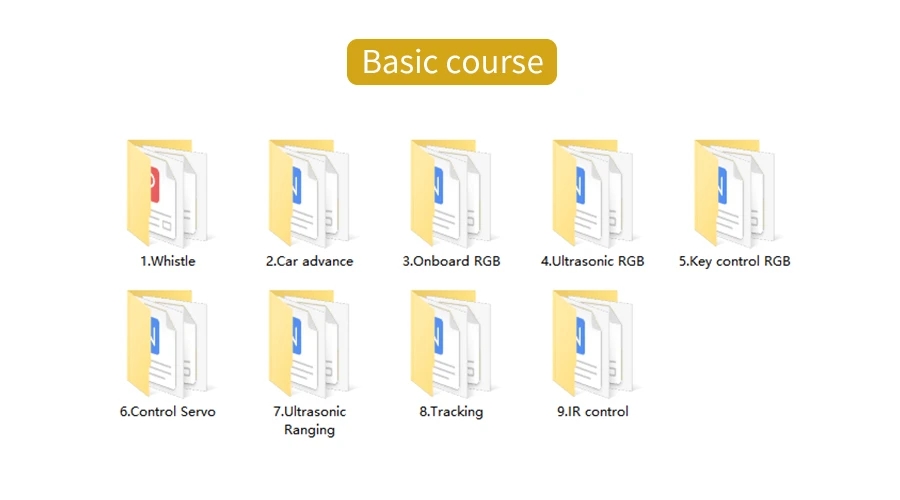 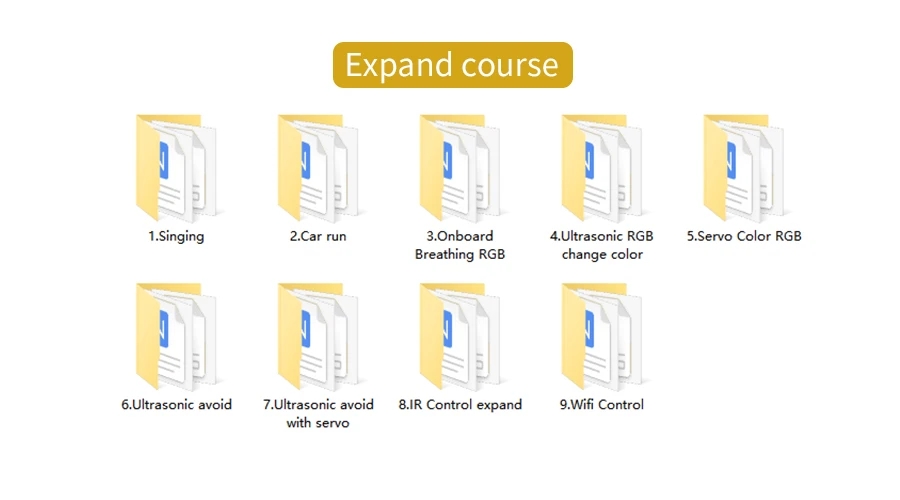 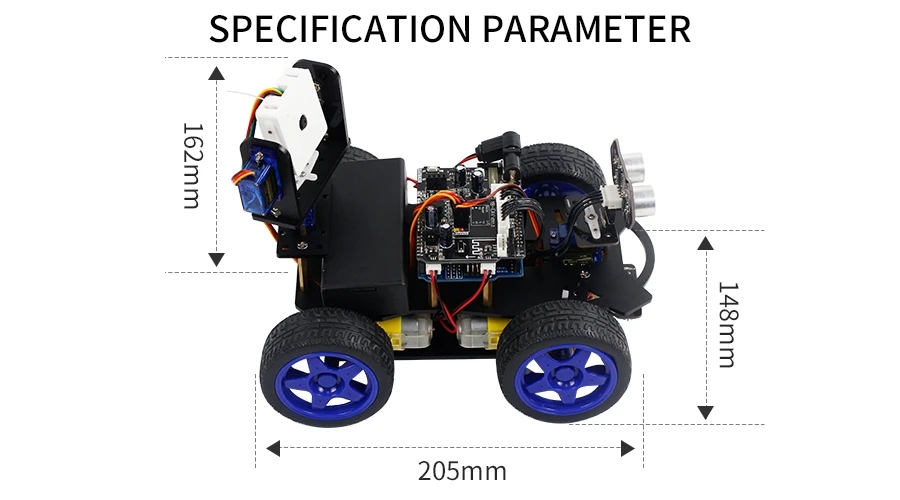 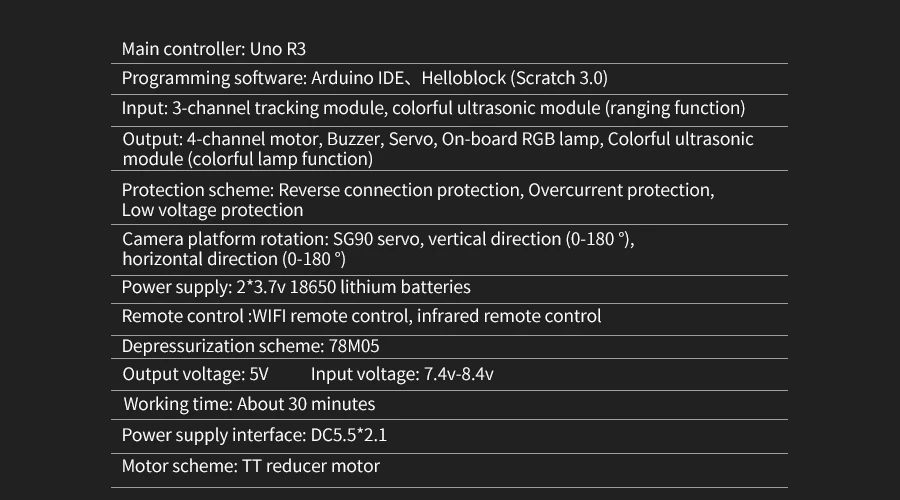